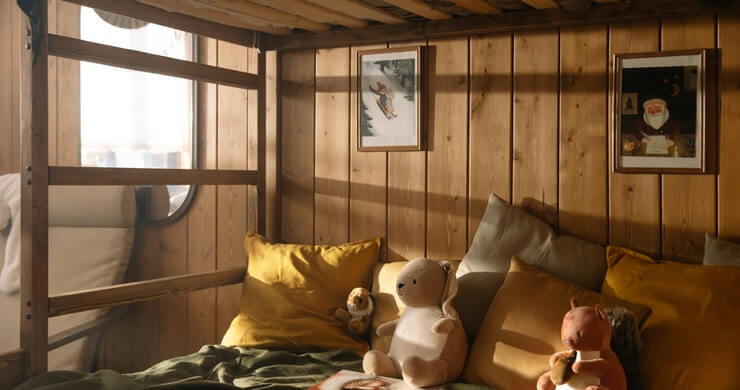 On the show Fixer Upper, Joanna Gaines’s enthusiasm for farmhouse décor boosted the popularity style. But there’s more to the look than what Gaines favored. In a bedroom, it takes only a few objects – a wooden sliding door and chandelier, for example – to move closer to farmhouse style. Combining woven materials and old wood accents blurs the line between boho and farmhouse. Farmhouse can also meet industrial by adding metal and bursts of saturated color. A dramatic farmhouse style can be accomplished by introducing black colors. Farmhouse is similar to shabby chic with a European aesthetic, breezy coastal, and many other creative designs.

“The wooden sliding door and chandelier are unmatched statements that play nicely against the wooden ceiling, white walls, and bedding without feeling too gritty.” 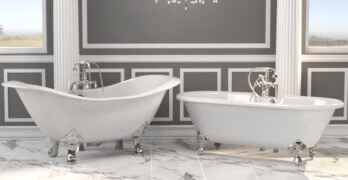 Are Clawfoot Tubs Comfortable? You bet they are! A clawfoot tub can … END_OF_DOCUMENT_TOKEN_TO_BE_REPLACED 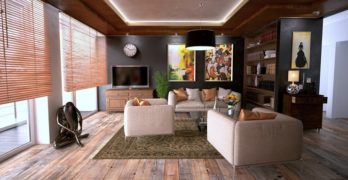 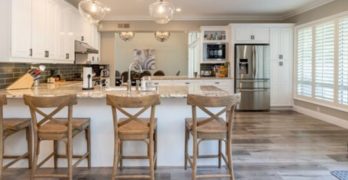 Research is essential when purchasing a new appliance, but so is knowing if … END_OF_DOCUMENT_TOKEN_TO_BE_REPLACED 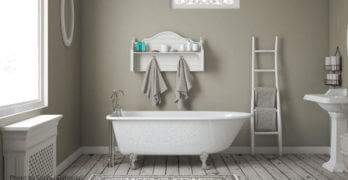 Updating your bathroom doesn't have to cost a fortune. Most people think … END_OF_DOCUMENT_TOKEN_TO_BE_REPLACED